Preparing for the transition to Social Work England | www.pertempssocialcare.co.uk

Preparing for the transition to Social Work England 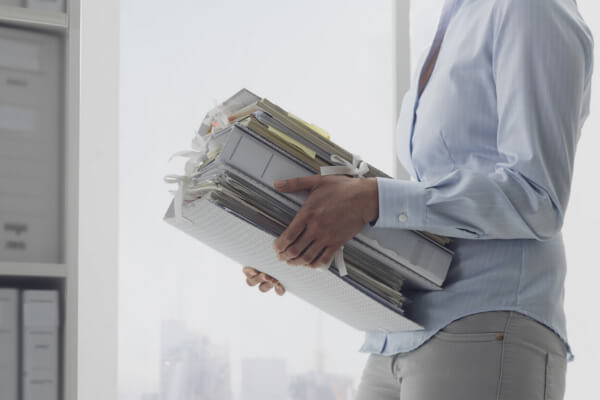 Preparing for the transition to Social Work England

Since 2016, plans have been underway to create a new regulatory body for social workers in England. Social Work England has been founded on principles of ‘innovation’ and ‘excellence’ and will take over from the Health and Care Professions Council (HCPC) on Monday 2 December 2019.

The HCPC will hand over all its regulatory responsibilities with respect to England’s nearly 100.000 social workers. Social Work England has been given a ‘wider remit’ to look at post-qualification, accreditation and CPD.

Social Work England has been keen to establish clear and robust standards for social work education. Consultation has been involved and rigorous, and handover is well underway. The Social Work England team is active in the development of new programmes, and existing programmes will ‘cross over’ when they are changed, amended and updated. 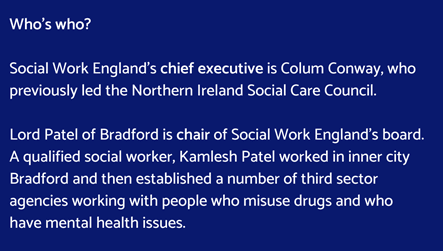 After consulting with social workers and stakeholders, Social Work England have stated that they expect social workers to continue to carry out CPD as they do now, but they will be required to record their CPD online and this will be used to determine whether individuals continue to meet the professional standards relating to CPD.

One of the priorities of the new regulator is the performance of the organisations within its remit. It has stated that performance management should be driven by challenge and sharp and practice-focused accountability.

social work practice. The head of adjudication, Phillip Bowden, who has been in post since January 2019 has built a team of 14 case examiners who will be responsible for making decisions on the best course of action once a case has been considered at the triage and investigation stages. 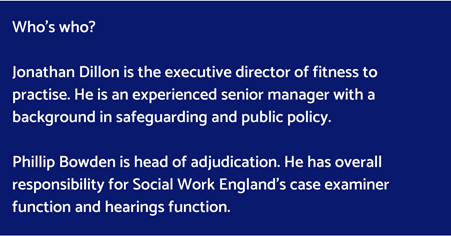 What does this mean for social workers with active fitness to practise cases?

There are around 1500 live fitness to practice cases, of which almost 900 became active in the last six months. Until the beginning of December, the HCPC will retain authority over these cases and any more that are submitted before Social Work England’s official launch. Bowden’s team has begun work already, with the aim of making the fitness to practise process less stressful for everyone involved, whilst fulfilling the overall objective to protect the public.

As a social worker, do I need to do anything to prepare for the transition?

If your details are up to date and you’re fully registered with the HCPC, you won’t need to do anything before 2 December. Your data – including your registration number - will move from one regulatory body to the other.

Any fees you have paid to the HCPC will be transferred to Social Work England – and remaining balances too. You don’t need to cancel your direct debit, as the next payment of £45.00, due on 1 April 2020 will be taken as usual, and will go to the right place.

Transition tip: Check the information the HCPC holds for you is correct and up to date

Will I have an online account with Social Work England?

Yes – this will be linked to the email address that you used for the HCPC and you will need to follow Social Work England’s instructions to set a new password and access your online account. The new account will reflect the data the HCPC held on your behalf – it will include your personal information, CPD records, and allow you to communicate securely with Social Work England.

Transition tip: Look out for the registration email from Social Work England

I am newly qualified and need to register before 2 December – what should I do?

The HCPC is the official regulatory body for social workers up until 2 December, so any registration matters will be handled by them throughout November. Registrations will be handed over to Social Work England and actioned after 2 December.

Transition tip: The registration process remains with the HCPC until 2 December

How are fitness to practise cases being handled?

To ensure Social Work England is prepared to regulate, they have appointed a range of staff including investigators, advisers and inspectors. The HCPC will ultimately hand over the c. 1500 live fitness to practise cases. Some of these cases have been deemed to require a tribunal, and have already been handed over to Social Work England. Others will continue to be handled by HCPC staff until 2 December. Everyone affected by this change will be notified by the relevant case team.

Transition tip: Look out for updates from the HCPC and Social Work England