Welcome to the Midlands. With its stunning villages, big bustling cities and a thriving cultural and social scene, the Midlands ticks all the boxes.

Welcome to the Midlands

With its stunning villages, big bustling cities and a thriving cultural and social scene, the Midlands ticks all the boxes.

It’s not easy to define the Midlands – it’s made up of around 10 counties and includes the second largest city in England, as well as historic towns and chocolate box villages. 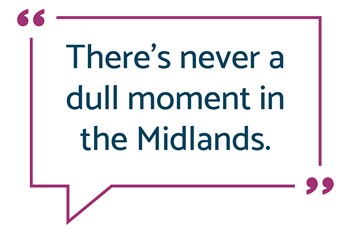 It has a rich history too: Famously, Shakespeare was born in Stratford-upon-Avon and more recently the remains of King Richard III were discovered buried beneath a Social Services car park in Leicester!

The centre of everything

The region has always been at the heart of UK industry – 20% of UK manufacturing goes on there. It’s home to word leading businesses such as Bombardier, Jaguar Land Rover, Rolls-Royce, Tarmac and Toyota UK. Pertemps’ parent company was founded in Birmingham more than 50 years ago.

It seems that there’s never a dull moment in the Midlands. In recent years, Royal Leamington Spa has become something of a hub for creatives and techies. Known as ‘Silicon Spa’ because of the number of gaming companies that have moved there, it’s an old looking town that’s actually rather cool and certainly punches above its weight on the ambition scale. Like many Midlands towns, Leamington has good schools, decent transport links and the benefits of having world class universities such as Warwick, Aston and Keele just down the road.

The best places to live 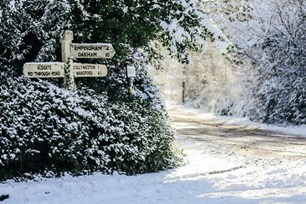 According to the Sunday Times, the best place to live in the Midlands is the former wool town of Stamford, Lincolnshire. With cobbled squares and atmospheric lanes, it’s certainly worth a visit, and if you have sensible shoes with you, you could do worse than walk the five-mile Easton on the Hill – Abbey loop, starting from a Roman ford in Stamford, the route takes in historic architecture and picturesque countryside. There’s also the option for a pit stop in Easton. The Blue Bell is a dog friendly pub with an Italian menu, and The Exeter Arms has installed courtyard igloos to weather the Covid storm. 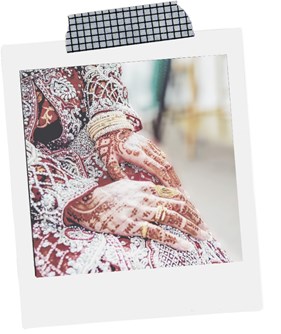 If cities are more your thing, the UK's second city, Birmingham should undoubtedly be on your list. The world class Museum and Art Gallery is one of the city’s greatest cultural assets and much of its collection is designated as of national importance. There’s no need to wait, either. Even if you can’t make it in person, the museum has a rich archive of exclusive digital content created by its inhouse experts.

Fancy a bit of retail therapy? The city centre has great shopping. There’s no need to choose between the iconic Bullring shopping centre or the Great Western Arcade, and they’re bound to have whatever you need. For something with a bit more edge, try the Custard Factory, a creative hub housing independent shops, cafes, bars and restaurants.

No Birmingham experience would be complete without sampling the wide range of food and drink available in the city. Recently revived, the historic John Bright Street is at the centre of everything, and has something for everyone among its Victorian pubs, craft beer bars and shabby chic cafes.

If you travel out of the city, you shouldn’t expect to compromise on style and stimulation. Midlands suburbia is certainly not dull. Take a trip to Bournville and enjoy the benefits of a model village community housed in elegant surroundings. No prizes for spotting its links with Cadbury’s chocolate – even the air in Bournville is scented by the confectionery. 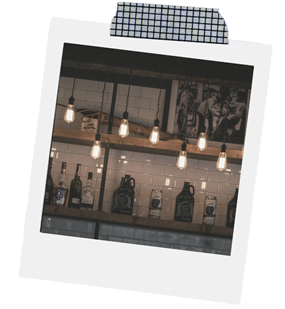 Five minutes – and around 100 light years from Bournville you’ll find Stirchley, and the contrast couldn’t be greater. It doesn’t rely on its heritage to create waves, but the neighbourhood has developed something of a hipster reputation. Yes, it has artisanal bakeries, micro-breweries and an enviable array of street food, but it’s also possible to get your vacuum repaired or visit a plumbers’ merchant on Pershore Road, Stirchley’s high street. Cherished local traders live happily alongside the trendy independents, and all are valued and supported by the community.

Contact Will Fletcher to discover how you can apply your knowledge and abilities in vibrant, exciting communities that really matter.